The other island’s specialties are such as，abalones, turban shells, and rock oysters. They are caught by the diving fishery method. It is a fishery method for catching shellfish that live in the sand and mud on the seabed or on reefs.

It is practiced in not only Sakushima, but also in Tahara City, Minamichita Town, Tokoname City, etc. There are 2 ways by an aqualung diving and a skin diving, the latter is mainly performed in Sakushima. There are places where you can catch them at low tides without diving. 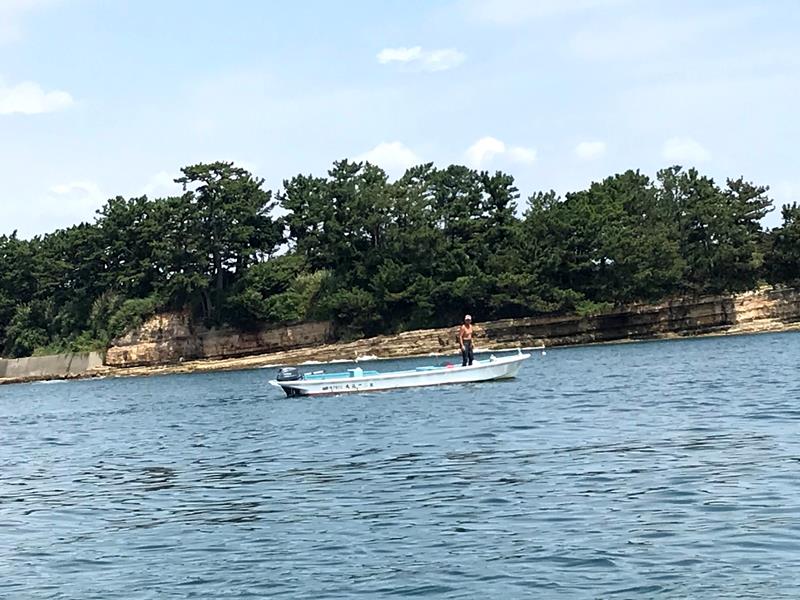 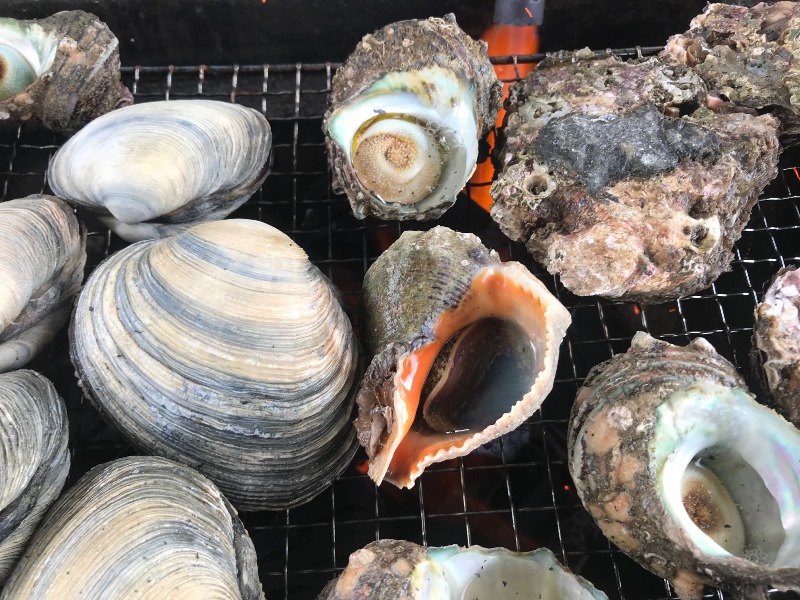 Sakushima’s island clams are also famous as well as large clams. Their large size and deliciousness are traded at a higher price than land clams.

Bivalve shellfish fishery methods are 2 ways, one is the Koshimanga fishery by using a fishing gear called manga (long-handled with many claws) attached to his/her waist and the other is hand-digging. Aichi Prefecture has one of the largest catches of clams in Japan, and Nishio City has the highest catch. 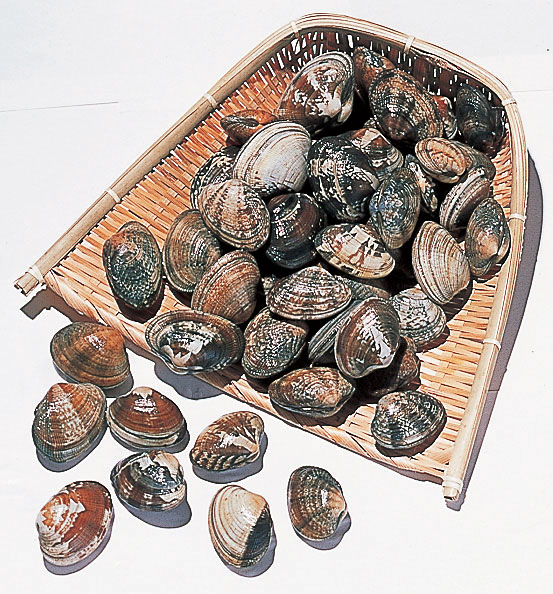 By dragnet fishing, you can catch flatfishes, conger eels, sea basses , mantis shrimps, prawns, and gazami crabs (swimming crabs) etc. Gillnet fishing is also common. This fishing method you use a long strip nets to entangle or stab fish in the nets.

There are other fishing methods, driftnet fishing in the tidal current, Gensiki-Ami, bottom drift net fishing for shrimp, and fixed three-nets fishing. The number and the size of the nets will change according to fish you catch. 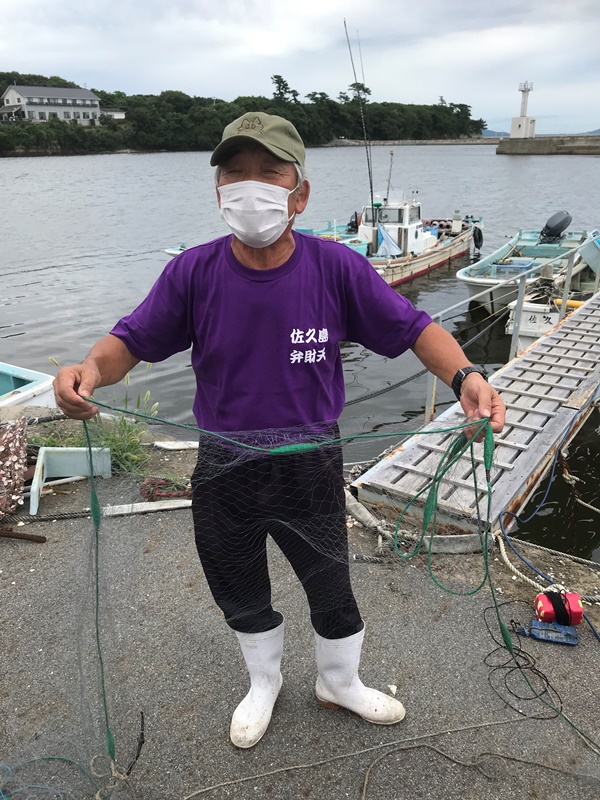 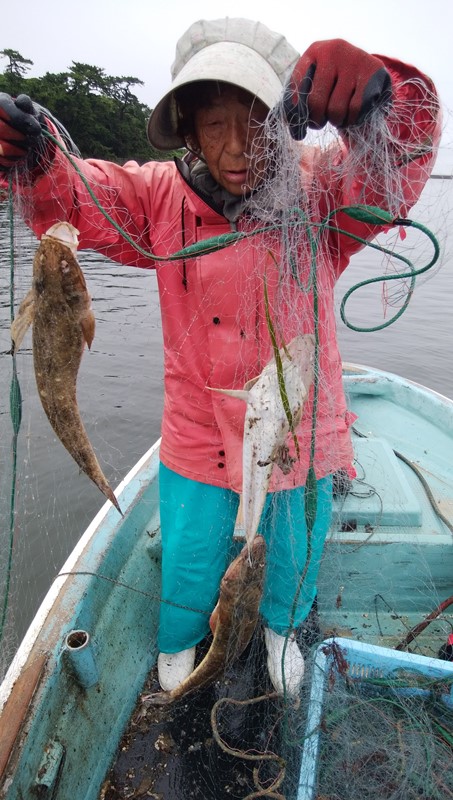 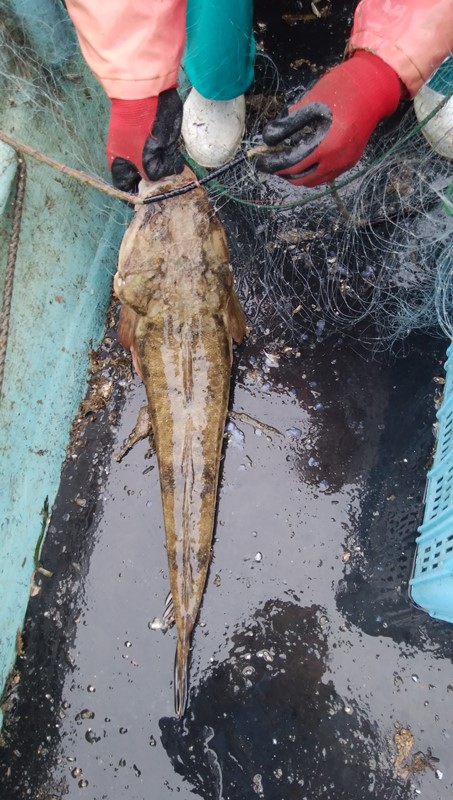 Kochi(flathead fish) in the gillnet 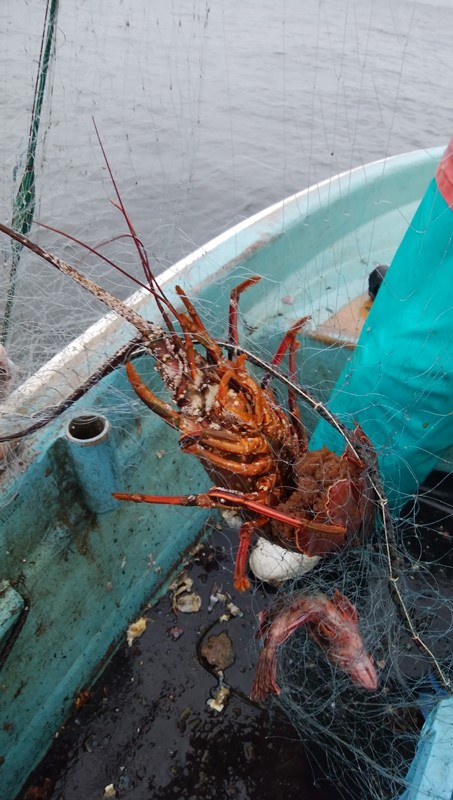 Spiny lobster in the gillnet 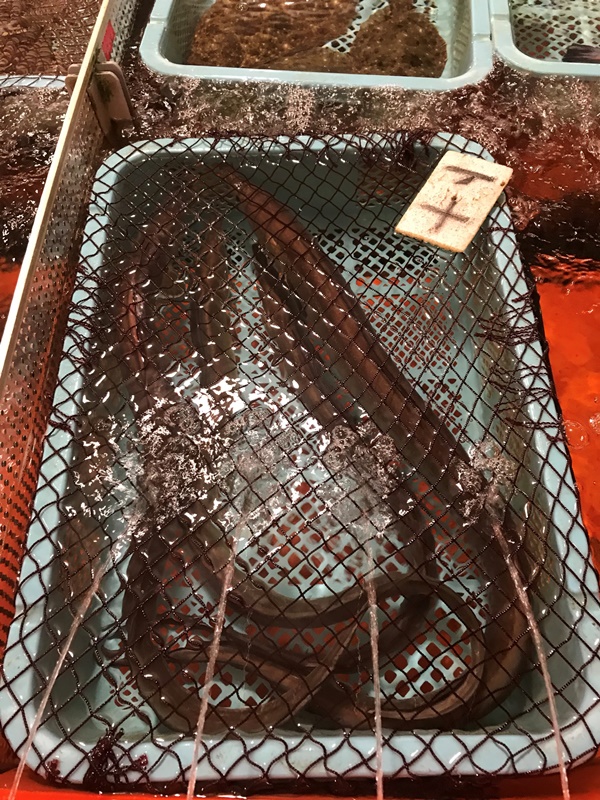 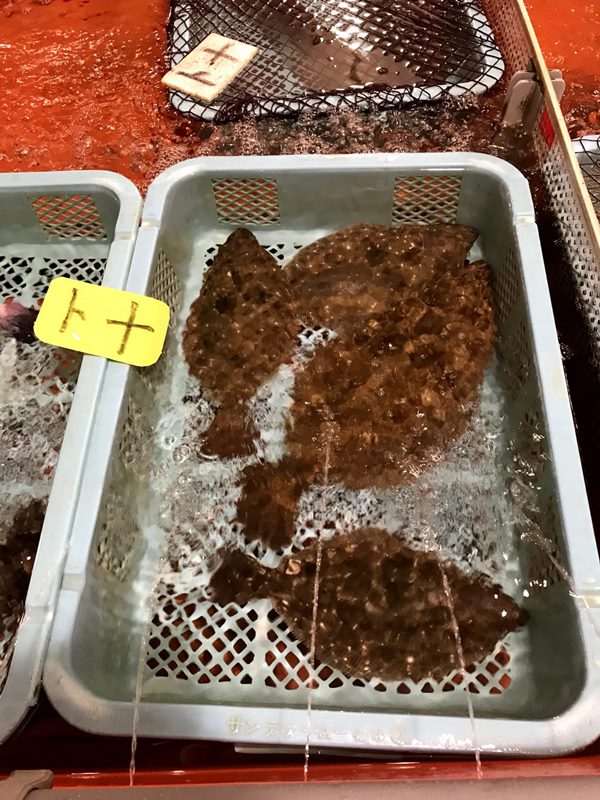 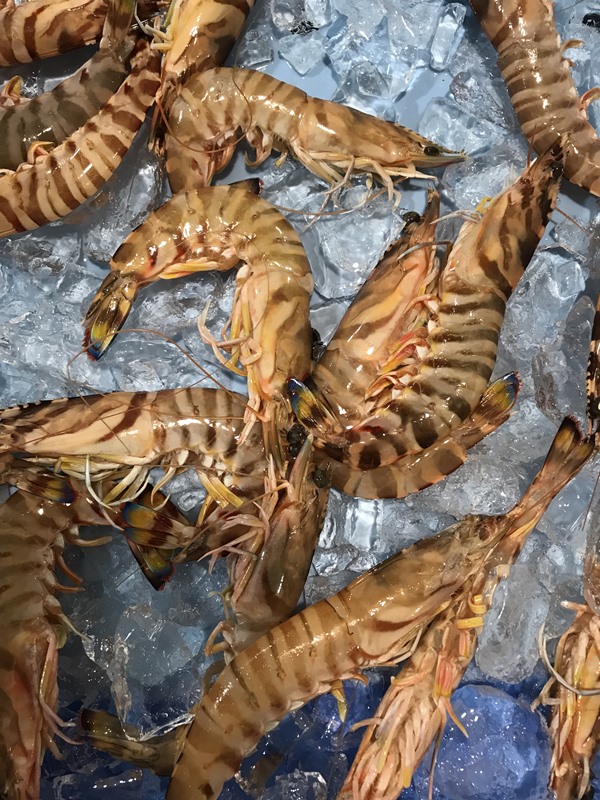 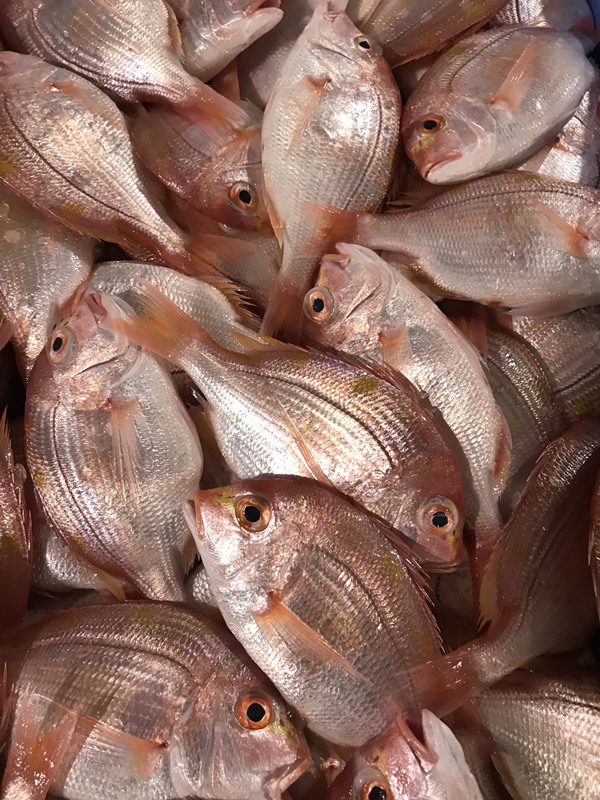 Sea cucumber, a winter specialty of Sakushima, has its internal organs salted and becomes a high-priced delicacy called Konowata. Sea cucumbers are caught by small trawling from December to March. Fishing gear is lowered to the seabed and towed by boat to catch fish and shellfish that mainly live on the seabed.
More than 600 fishing boats operate in Nishio City, Gamagori City, Minamichita Town, and Tokoname City in Aichi Prefecture. 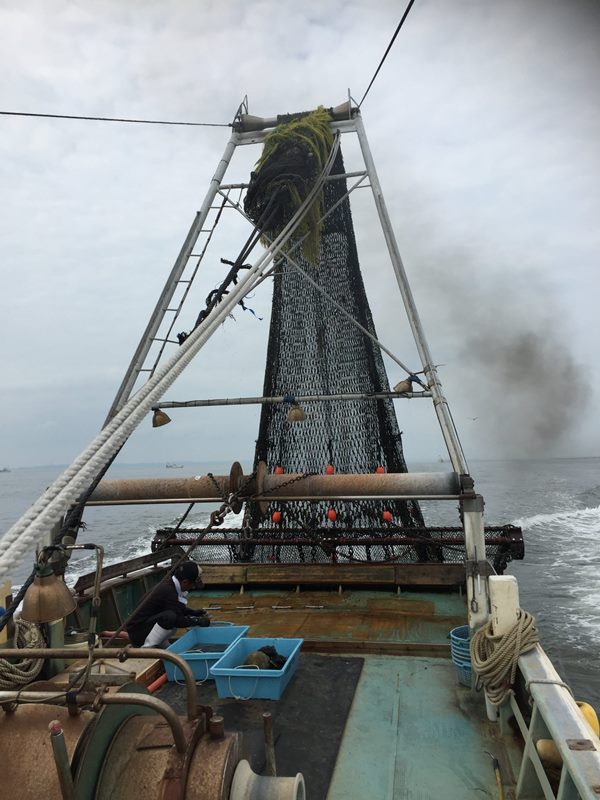 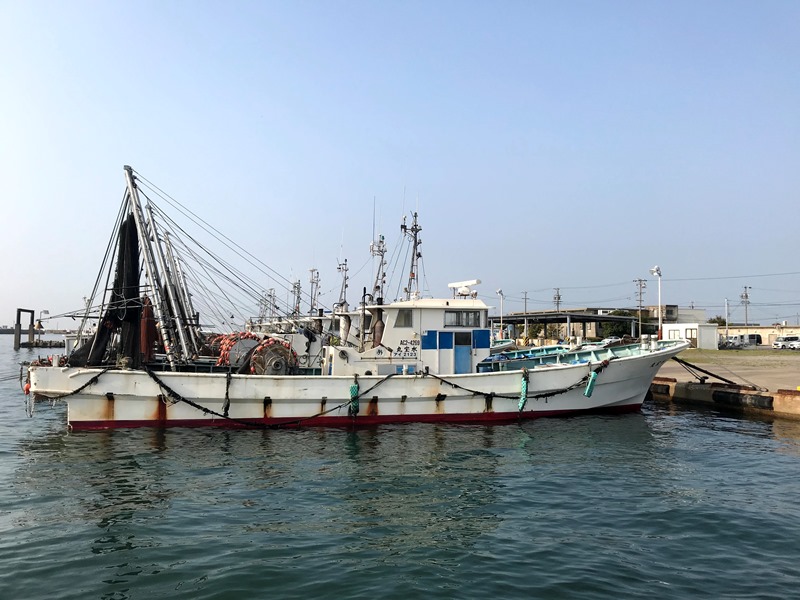 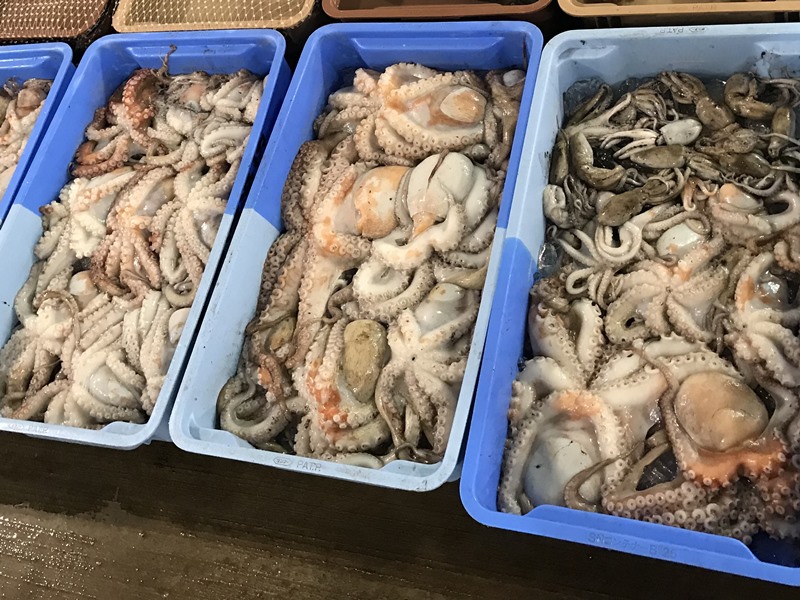 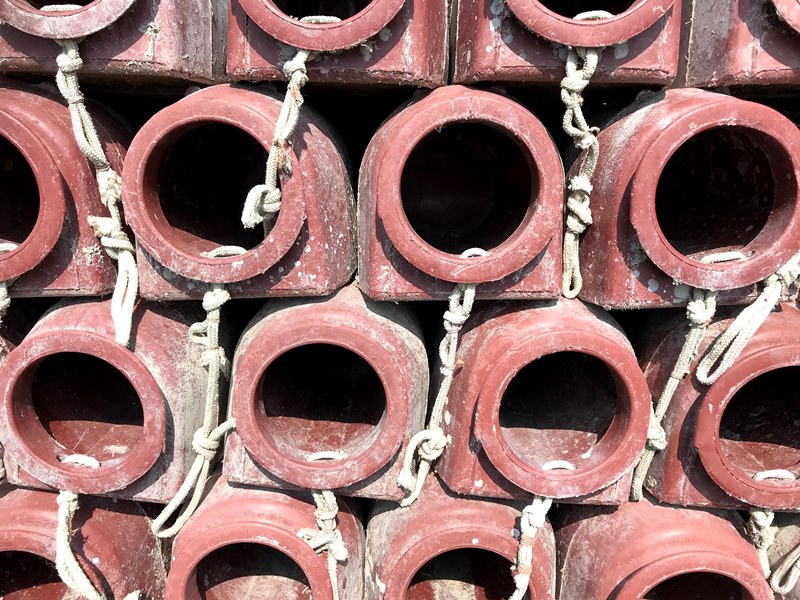 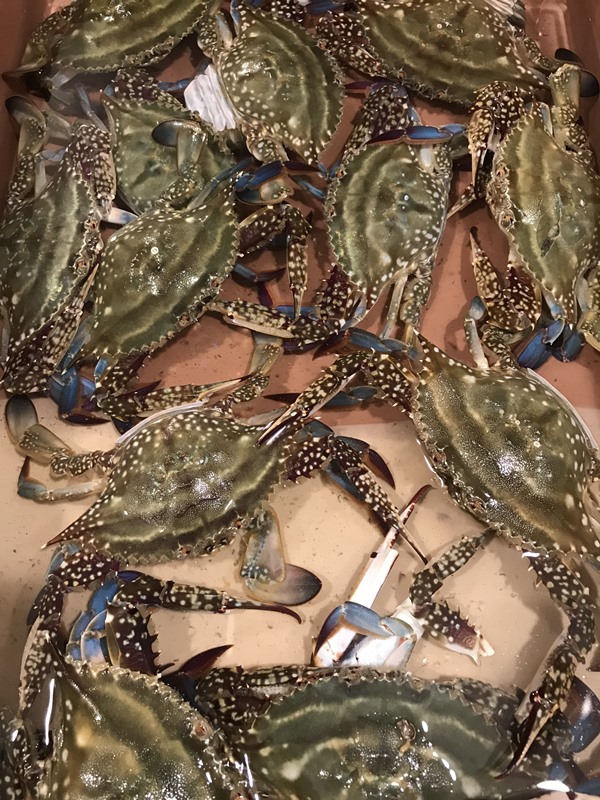 Other fishing method in Sakuisland includes a small dragnet fishing. From the shore to the offshore, fishing gear will be installed to block the route of the fish movements, and the fish will be guided to the bag-shaped net to catch. The structure supported by nets and bamboos is called Kakutateami net, and the structure supported by buoys and ropes is called pot net. The main catches are fat greenling, horse mackerel, rockfish, flatfish, sea bass, dotted gizzard, and black sea bream. 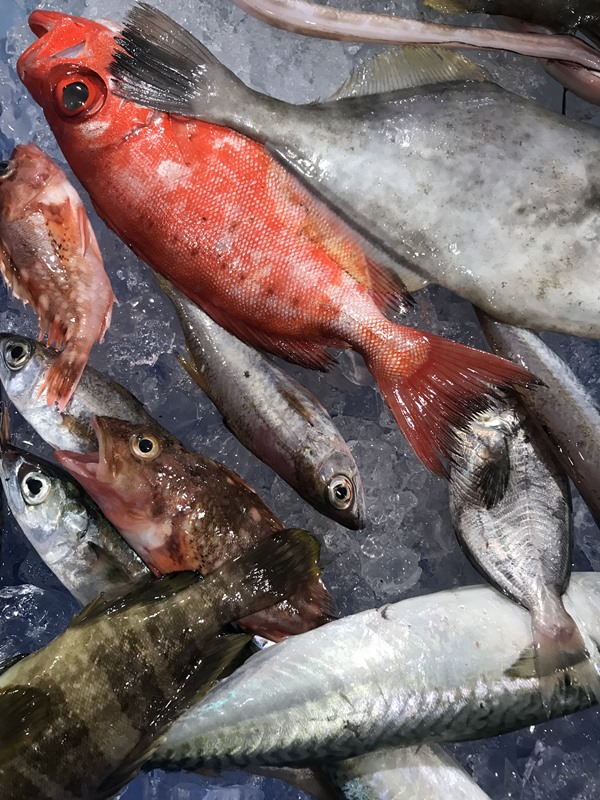 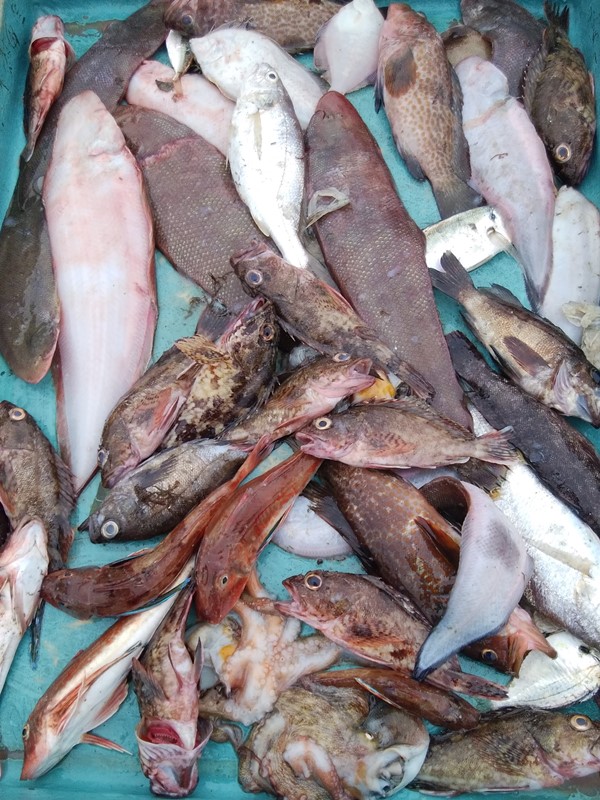 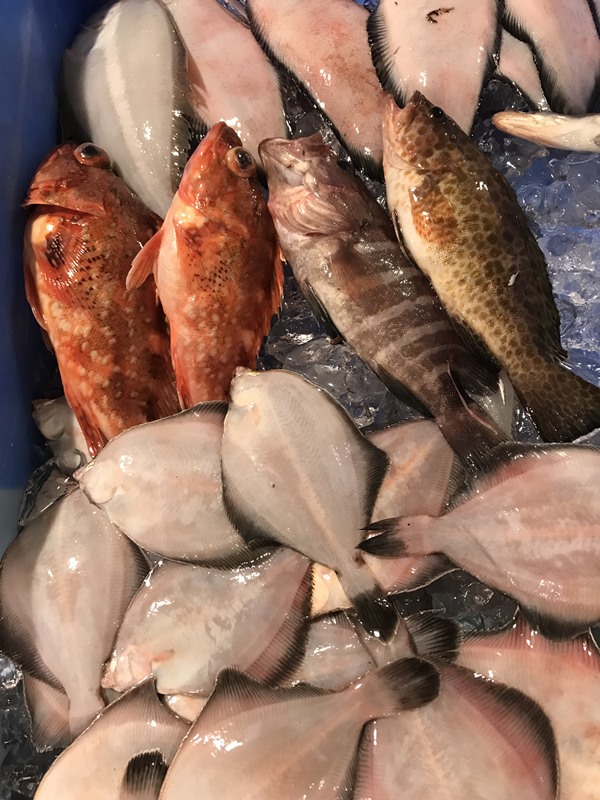