In Showa 41 (1966), the excavation of the Yamanokamitsuka Kofun and an academic survey of the island were conducted. About 50 scattered corridor-type circular tomb mounds built in the late 6th century to 7th century were found.

These 50 kofun on the remote Sakushima are presumed to be from the existence of a group that mainly handled sea products and maritime traffic control and had a close relationship with the Kinai (the capital region of Japan at that time consisting of the provinces around Nara and Heian-kyo). 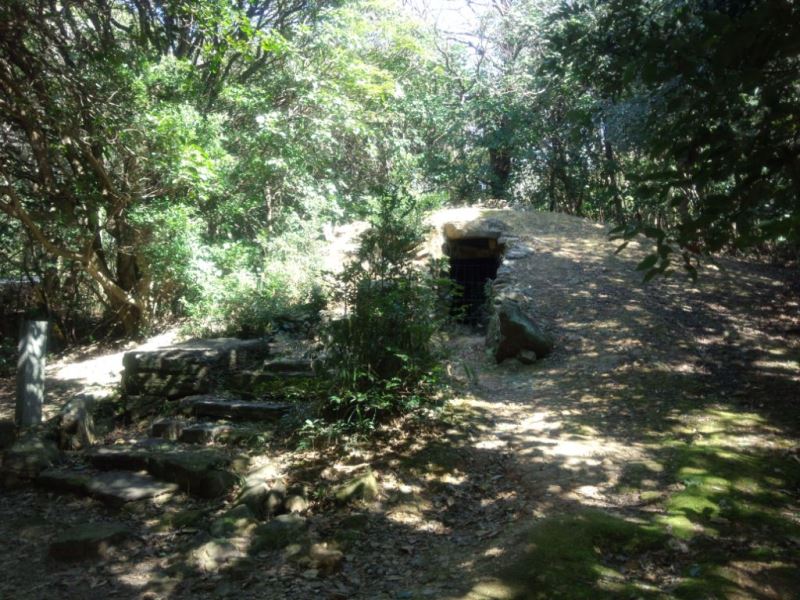 Horizontal Stone Chamber. The entrance is to the south-west. There is a stone sarcophagus that is so small that even an infant would barely fit. Consequently, it is thought that the person was entombed after being cremated or being reduced to bones.

Items excavated from the site: takatsuki (a kind of small, one-legged raised tray), bowls, cups, lids, jars, hiraka (a kind of flattened bottle), earrings (“kinkan” gold hoops), and jasper. It is from the late Kofun period, around the 7th century.

Most of the kofun are scattered on the south side of the island. There are only three mounds on the northern side, including the Sotoura Kofun. It is presumed that these are the tomb mounds of influential members of the sea tribes who lived in this area. 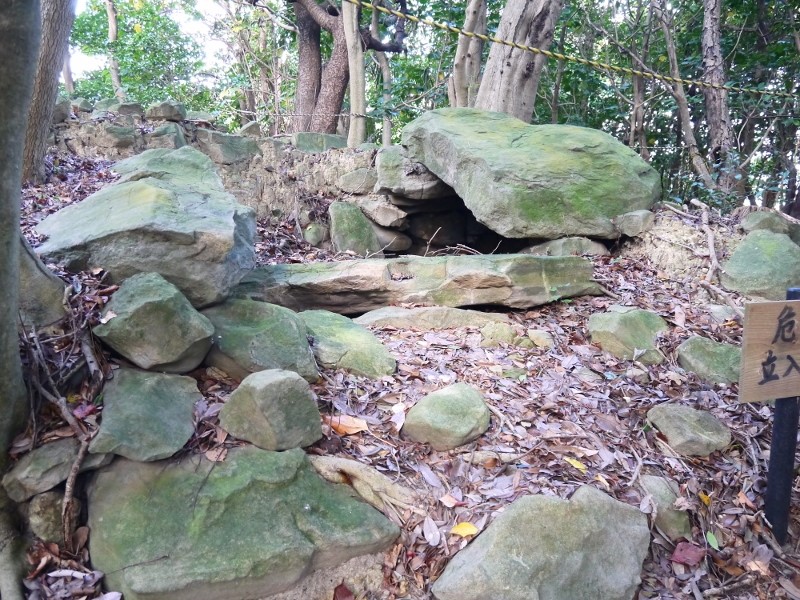 This kofun is located at an altitude of 33m, at the top of Mt. Akiba. The mound has been carved away, and part of the stone chamber is exposed. The 55m long stone chamber faces south, and unlike the other Sakushima kofuns, the walls are made of small stone slabs. 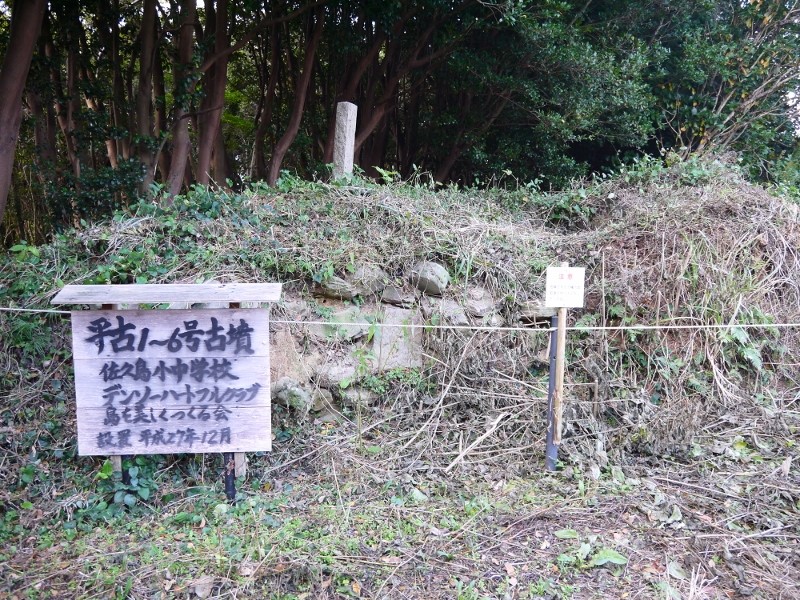 Kofun 1 through 7 were found in this area. Some of them were reclaimed for land cultivation and do not retain their original shape. Some of the buried earthenware has been found scattered around nearby.

Most of the kofun were left untouched by humans and became so overgrown with weeds and trees that their existence was forgotten. Meanwhile, Nishio city began investigating those kofun groups that had been carefully preserved by the islanders for many years. 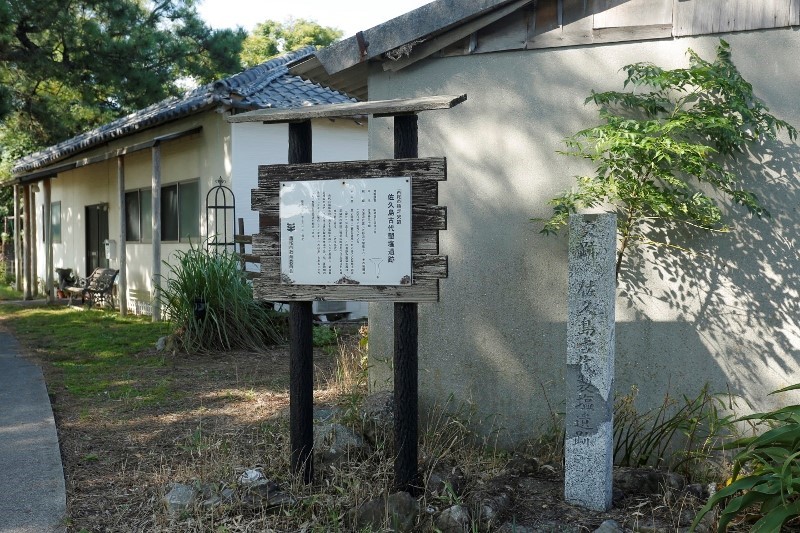 An archaeological excavation of the site was conducted by the Japanese Archaeological Association in Showa 44 (1969). After a large amount of seiendoki (salt-making vessels) were found, it became clear that salt was produced here.

The ancient method for producing salt was to put seawater into earthenware vessels and boil it to extract the salt crystals. The earthenware found on Sakushima dates from the Kofun period to the Nara period. 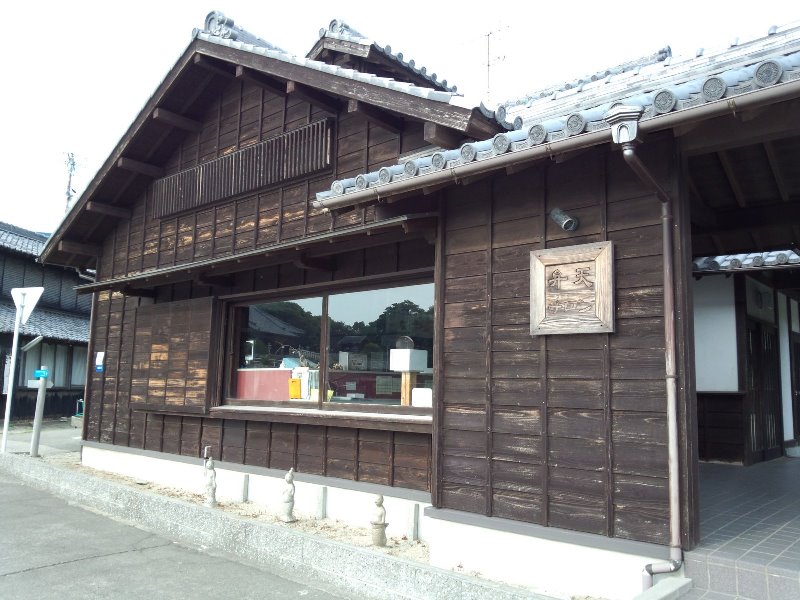 Benten Salon is a restored private house on Sakushima. It opened in 1998. Excavated at the Yamanokamizuka Kofun on the 2nd floor of Benten Salon. There are exhibits of earthenware and salt-making earthenware. Please have a look.

Excavated items on the 2nd floor of Benten Salon 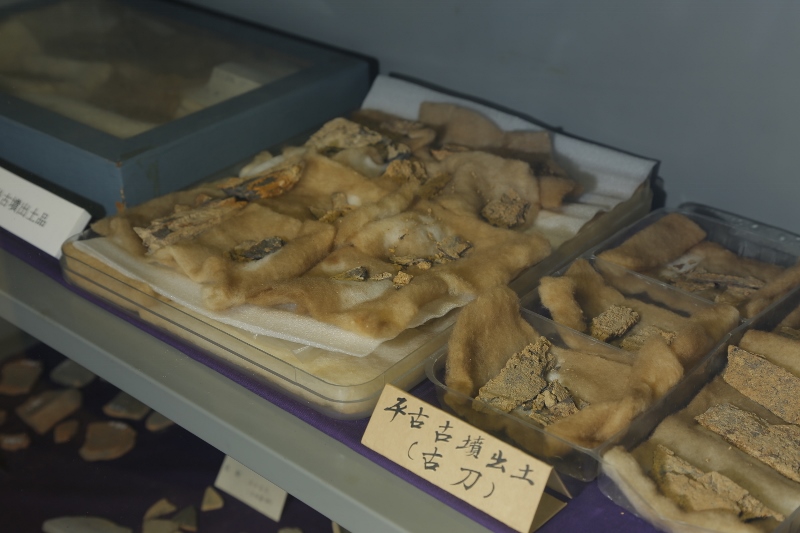 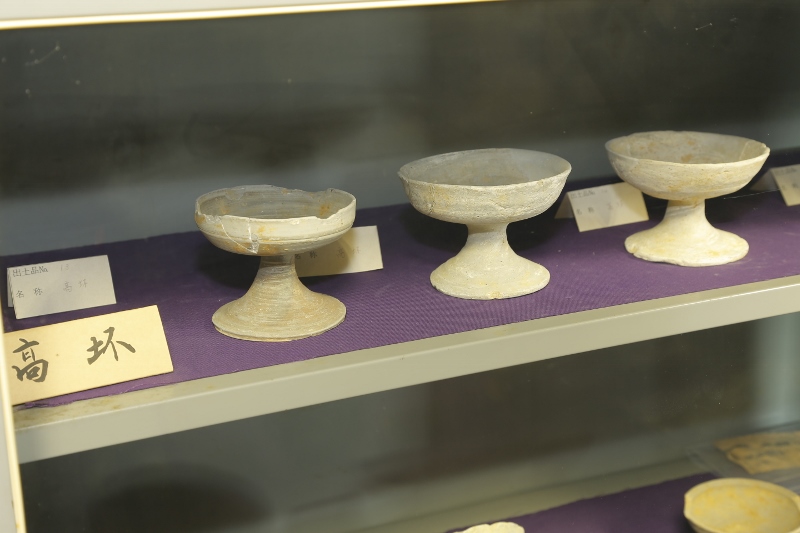