Monk Adachi Jundo is the founder of “Nishio Matcha” he was the master of Kojuin temple.
This temple is one of the Jodo sect Buddhist temples that is said to have been built to mourn the aunt of shogun Ieyasu Tokugawa during the Taiei era (1521-28). It is also well known as “the tea founder’s temple” that spread the tea industry through out Nishio.

In 1872, in order to promote the development of the tea industry, Kojuin temple monk Adachi Jundo, sent for tea seeds from Uji, Kyoto, and started a tea plantation. In 1879, he invited tea masters from Uji, Kyoto to start tea production. Thereafter, the cultivation of tea was taken over by the Nishi-no-Machi district and developed into one of Japan’s leading matcha producing areas.

Nishio’s first tea tree is within the temple grounds along with a monument commemorating him at the entrance to the temple which was built in 1913. Every year in December a ”dedication festival” is held honoring the achievements by offering tea to the gods and a business report.

Kannon-sama (the Goddess of compassion or mercy) is said to manifest in a form called “Ogenshin.” She is said to be in the world that we are living in now, and can appear in front of us at anytime, anywhere. It is written that Kannon-sama will transform into 33 characters and redeem people, if we ask her sincerely and our will is understood, and if our emotions coincide along with the right conditions. She will transform into a leader or advisor preaching for those who are in trouble due to illness, worries, conflict, and so on.

There are “33 sacred sites” all over the country, but we also enshrine the “33 transformations of Kannon-sama” here in Kojuin temple. It is said that the same merit can be obtained by visiting all 33 transformations.

Kannon-sama tells us, “If you have sadness, suffering, trouble, or hardship, call my name anytime, anywhere, I will surely save you!” Try praising Kannon-sama with all your heart. 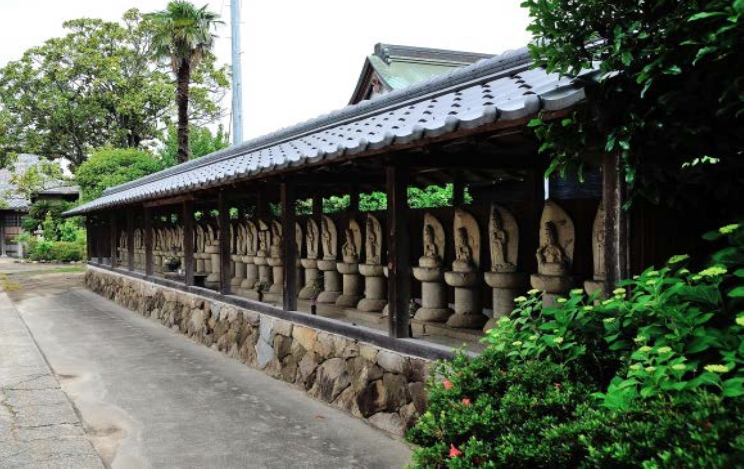