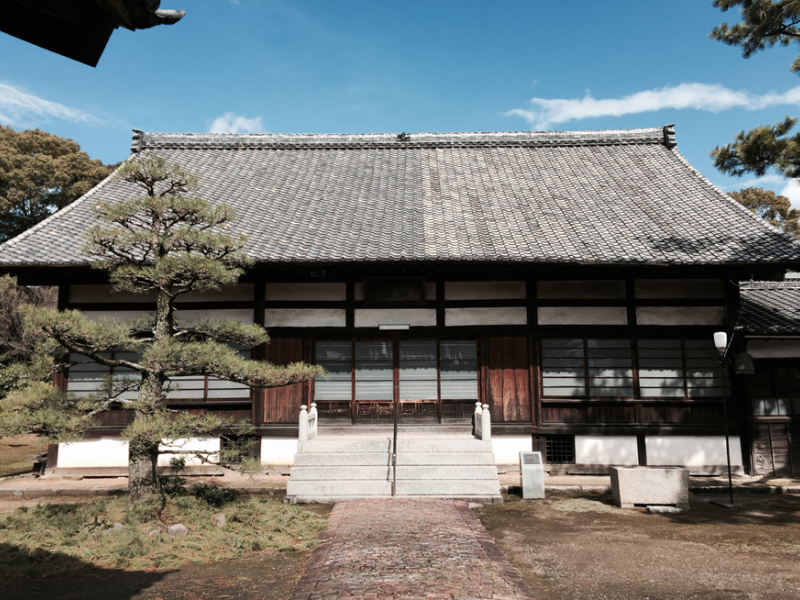 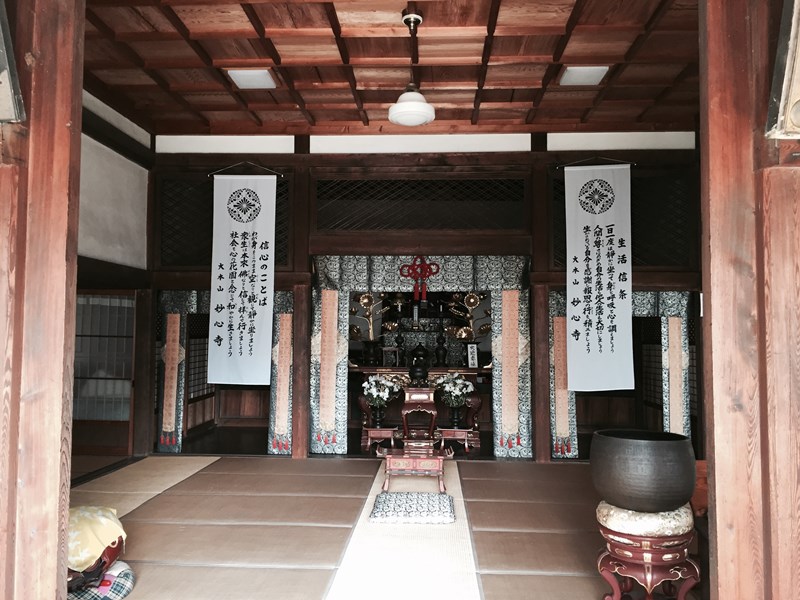 Inside the main Jisso-ji Temple building

It is said that in 1271 under the reign of the medieval Kira clan, Ashikaga (Kira) Mitsuji had Jisso-ji temple built as the Sai-jo castle lord’s and Kira clan family temple (“bodhi temple”). With the arrival of Shōichi Kokushi (his posthumous name) (Enni Benen) the founder of Tofuku-ji temple in Kyoto, a magnificent Buddhist temple was built based on a picture of Kyozan-ji temple in China and flourished as Ankoku-ji temple in Mikawa.
In 1546 Imagawa Yoshimoto’s famous military officer Taigen Sessai (Sessai Chōrō) transferred to the Myoshin-ji sect (a branch of the Rinzai school of Japanese Zen) and it is said that many temples were lost in fires due to the warring with the Oda clan. 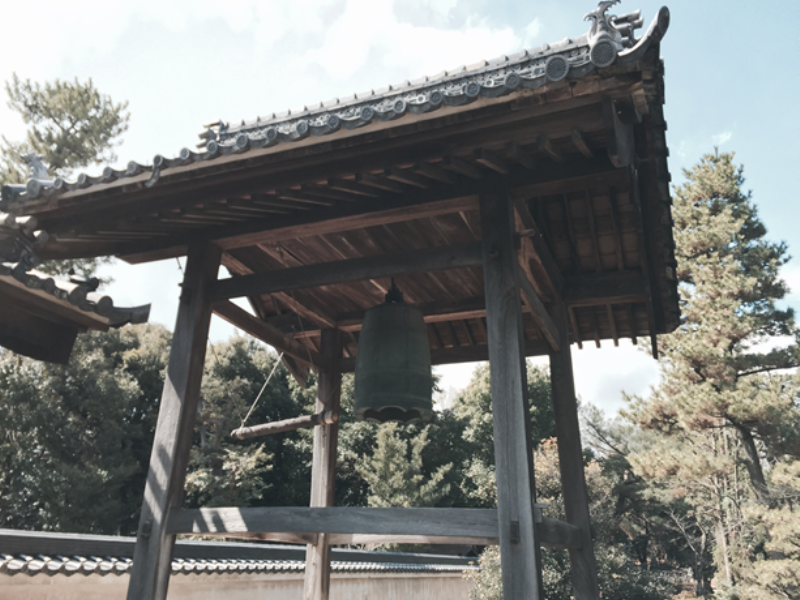 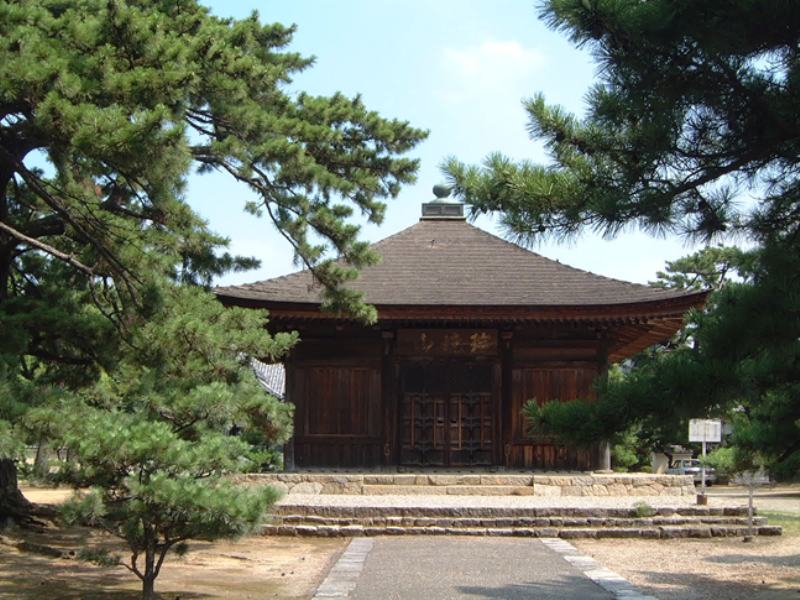 Built in the Muromachi period. 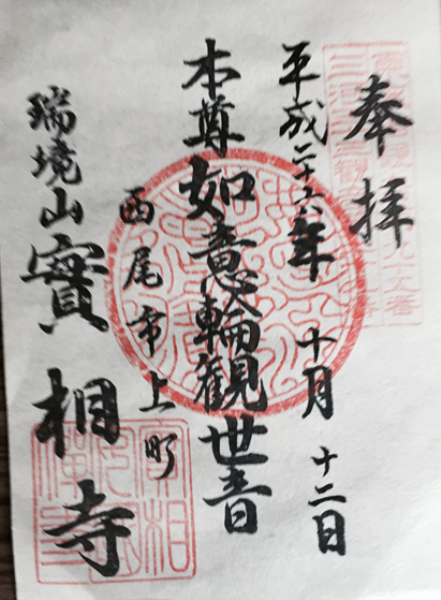 (a stamp that is given at a shrine or a temple.) 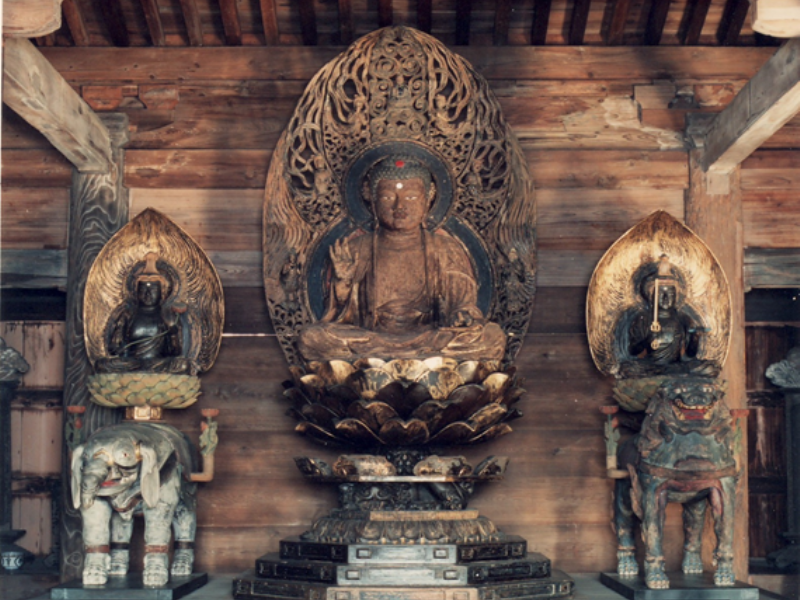 Nishio’s tea origins can be traced back to around the 8th year of the Bun’ei period (1271) when Shōichi Kokushi the founder of Jisso-ji temple introduced tea seeds to Nishio.
There is a theory that 1st to 4th generation priests from Jisso-ji temple went to China to practice Zen Buddhism and then introduced both tea and Zen culture to Nishio.
The oldest record of tea cultivation is in the 6th year of the Keicho period (1601) when feudal lord Itakura Katsushige reassigned the Kaifuku village territories to Nagara village in which the conditions stated that “the tea plantations must be established.”